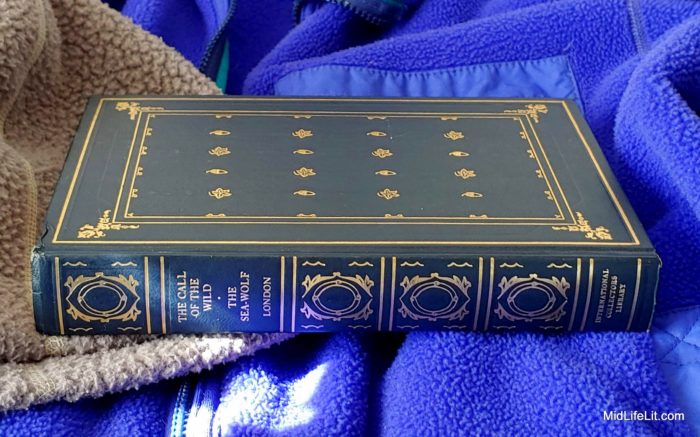 My wife got us tickets to a preview screening last week of The Call of the Wild, a film adaptation of Jack London’s novel, directed by Chris Sanders, written by Michael Green, and starring Harrison Ford and a bunch of CGI dogs and locations. It’s out for general release today.

I’m a literature buff. I read aloud The Call of the Wild to each of our kids when they were little, along with Treasure Island, Twenty Thousand Leagues Under the Sea, and other classic adventure stories. So my take on the movie will probably differ from a movie buff’s. But I’m not going to dwell on the differences between the book and the movie; that would be unfun and reduce the importance of media in communicating story and meaning. But, fair warning, there will be spoilers from here on.

The good: I thought Harrison Ford proved he’s a great actor. When he was on screen, I really believed in the dog, the setting, the situation, everything. Kudos too to Omar Sy and Cara Gee as mail dispatchers Perrault and Françoise, a neat twist on London’s two-man team. In particular, I liked that Gee’s Françoise as a second female character balanced Karen Gillan’s despicable Mercedes. I thought the CGI/studio sets conveyed a spectacular wildness, something that’s hard to do on an actual location, ironically, because the very wildness would interfere with filming. And, finally, the story itself is a huge positive element. It’s Jack London; the plotline has a rip-roaring muscularity to it that no amount of emo screenwriting or digital dithering can diminish.

The bad: Sadly, I found Buck utterly unbelievable as a character, except as a heroic version of Scooby Doo. I also frequently wished director Sanders and screenwriter Green trusted the source material. Too often the drama built to a cartoonish peak and all credibility was lost: the mail sled ride, the fights, an invented rescue, even the gold finds. My willing suspension of disbelief came crashing down with a monotonous regularity.

And now, the elephant in the room. Any modern-day depiction of The Call of the Wild has to face how to deal with John Thornton’s death. Jack London’s book has Thornton, a white adventurer seeking profit in a wild land, slain by the native Yeehats. The wilderness is embodied not only in animals and the harsh landscape, but also in humans. It’s brutal, but it parallels Buck’s journey in answering when the wild comes calling. Thornton and his companions fall; Buck rises.

The movie has Thornton killed by a fellow outsider, a dude in tattered remnants of a fancy city suit. While that change blunts London’s Romanticism, it probably expresses Sanders’ existentialism: the wild is still within us, no matter how we dress ourselves up to be otherwise. In all, I’ve come to think that’s an ok, perhaps even an excellent, solution.

I loved the idea of using CGI, even for the dogs; I think that’s the only way for The Call of the Wild to be put convincingly on film. In this movie, most of the backgrounds, many of the settings, and some of the action sequences had an over-the-top magic if you didn’t look too closely. It was Wild, digitized and sanitized but also supersized. It occurred to me that if I were to film the book, I would push the animation more into the province of art instead of realism, using a Romantic illustrative style and a generally restricted frame size to allow the wilderness to break in and out of the boundaries even further.

Overall, I think Sanders’ The Call of the Wild movie may be one of the better adaptations out there. It’s certainly entertaining. It’s updated enough to be palatable to modern sensibilities, while doing a better job than most at portraying the wild as a fickle character as well as a natural force. I think this movie represents fairly well the essence of the book, even if it takes liberties with it. Furthermore, I think it’s worth seeing on a big screen, to enjoy the sheer cinematic spectacle of it. It’s Gold Rush Alaska the way Disneyland’s Matterhorn is the Alps; just sit back and enjoy the ride.